Our Vexing Relationship with Plastics

There’s no question that our mass consumption of plastic leads to dire consequences for the planet. Still–despite the well-documented threats associated with it–this lightweight, versatile, and inexpensive material serves important purposes in today’s world. Plastic is particularly useful when it comes to the safe storage and transportation of food and beverages.

Organizations in all sectors are joining the search for effective responses to these concerns. This quest has led industries to explore sustainable, eco-friendly alternatives to the plastics that flood today’s markets, landfills, and oceans. As awareness of the problem increases, businesses are investigating ways to limit the environmental scars they leave in their industrial wakes.

One approach to this crisis is to transform wood scraps into suitable replacements for petroleum-based materials in plastic production. Substituting bioplastics for plastics made from fossil fuels could potentially serve multiple purposes, including:

● Creating more products that capture and store carbon-dioxide from the air.

● Decreasing our dependence on fossil fuels.

● Combating the proliferation of plastic waste.

The Status Quo of Plastic: Damage Done and a Bleak Forecast

When it comes to the toll our plastic consumption is taking, the current scenario and the outlook for the future are daunting.

● Due to staggering rates of consumption and rampant mismanagement of plastic waste, roughly eight million metric tons of plastics enter our oceans each year. This widespread pollution threatens the health of marine ecosystems and ultimately jeopardizes the well-being of the entire planet.

● Speculation about how long it might take for this plastic refuse to biodegrade has yielded estimates spanning from 10-20 years for bags to 450 years for bottles and up to 1000 years for other plastic products. This means that as we produce plastic at increasing rates, the accumulation of plastic waste will dramatically outpace any possible decomposition of existing plastic litter.

● The process of manufacturing plastics releases pollutants into the atmosphere and produces greenhouse gas emissions, leaving a considerable carbon footprint.

● According to a 2016 article in The Guardian, “From Oil Use to Ocean Pollution: Five Facts About the Plastics Industry,” the plastics industry accounted for eight percent of oil production at the time of publication and will account for an estimated 50 percent of oil production by 2050. Such consumption of fossil fuels, of course, has considerable economic and environmental implications.

● Release of toxins during the process of manufacturing and destroying plastic, in addition to the ingestion of microplastic particles that infiltrate food and water supplies, are potentially detrimental to human health.

An Industry Seeks Ways to Be Part of the Solution

The beverage industry, which relies heavily on plastic for bottling drinks, is particularly eager to adopt greener packaging practices and rehabilitate its image as a major driver of the world’s plastics problem. Packaging materials, such as bottles, contribute almost half of all plastic waste around the globe. According to its own disclosure, Coca-Cola alone produced a volume of plastic packaging equaling 3 million metric tons in 2017.

PepsiCo and Coca-Cola, both signatories of the Ellen MacArthur Foundation New Plastics Economy Global Commitment, have announced their goals of using only plastic that is 100% reusable, recyclable, or compostable in their packaging by 2025. As of this month, both beverage behemoths have also parted ways with the Plastics Industry Association, a plastics lobbying group that advocates for measures such as enacting state laws against bans on single-use plastics.

With environmental concerns trending upward on corporate agendas, efforts to develop innovative solutions to the plastic problem are also on the rise. In response, pioneering ventures are exploring new ways to produce plastics with minimally harmful, sustainably sourced raw materials.

Toward Plastics That are Kinder to the Earth

Origin Materials, a bio-chemicals startup based in Sacramento, CA, has developed technology to use sawdust, wood chips, and other forms of wood-based feedstock as substitutes for petroleum-based materials in the manufacture of polyethylene terephthalate (PET) plastic. Companies such as PepsiCo, Nestle SA, and Danone SA have announced their intention to adopt, as of 2020, Origin Materials’ eco-friendly containers for their bottled waters.

The potentially significant role of wood byproducts in creating more earth-friendly plastics presents an opportunity for the wood products industry to serve the emerging bioplastics market, which is projected to grow by over 20 percent each year. Sawmills and other wood-related businesses can transform otherwise unused materials into assets that are both helpful and lucrative.

Origin Materials, which reportedly will offer sawmills around $20 per ton for wood waste, is only one of several organizations investigating potential technologies for using biomaterials in plastic manufacturing.

Tapping into wood waste and other plant-based feedstock as alternatives to fossil-fuel-based materials is not a novel concept in plastic production. Consider the following examples:

● Luke’s Toy Factory, a Connecticut-based toy manufacturer that uses sawdust to reduce the amount of plastic in its products by 30%, has been selling eco-friendly toys since 2014.

● Lignin made from wood pulp byproduct of papermaking has been used to develop a liquid wood, Arboform, which acts as a moldable substitute for petroleum-based plastics.

● A Canadian company, Advanced BioCarbon 3D, has developed a technique for transforming poplar trees into the basis of a plastic to be used in 3D printing.

While not a panacea for the worldwide affliction of plastic pollution, creating plastic that is kinder to our planet and to all its inhabitants represents a promising shift in the right direction. For the forest products industry, this shift also signals an opportunity to give new life to its unwanted waste while supporting a promising effort.

Discover your insurance solution. Get Started 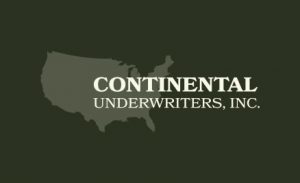 You have successfully submitted your request

There was an error while trying to send your request. Please try again.

You have successfully submitted your request

There was an error while trying to send your request. Please try again.

Learn what’s driving the wood products industry and how you can manage your risk.

Sign up for our monthly newsletter to receive market insights and practical tips.